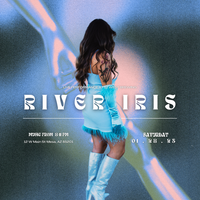 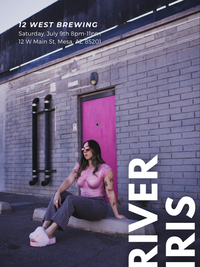 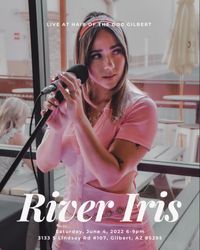 "I want my songs to connect with listeners," says River Iris. She was born in Japan and alternated annually between schools in South Carolina and California. While most ask if it was a difficult transition, River responds, "Overall, it sparked an appreciation for change in me that furthered my enchantment with the creative process, a place where I am free to be childlike and playful."

River had a microphone in her hand at age 2 followed with formal voice training that began when she was 11 years old. At UC Berkeley, River received invaluable criticism and more opportunities to expand upon her creative process; learning to adapt, make changes, refine lyrics, and shift direction swiftly.

Upon graduating from UC Berkeley, River was able to backpack to many countries where she lived with locals— learning their cultures, customs, foods, and embracing the beauty of people from Europe to Asia to Australia and performing in local restaurants and bars along the way. River learned to appreciate how interwoven our lives are.

River worked diligently with a Grammy nominated producer to create what will be her first EP. The debut single from the EP, "Bet on Your Love" was released May 8, 2020. Releasing these tracks as a solo artist reaffirms the years of hard work constantly writing, practicing, and performing regularly in Phoenix, Arizona. For River, music is a universal language, a form of release, and a place of exhilaration; "I just can't imagine doing anything else with my life."